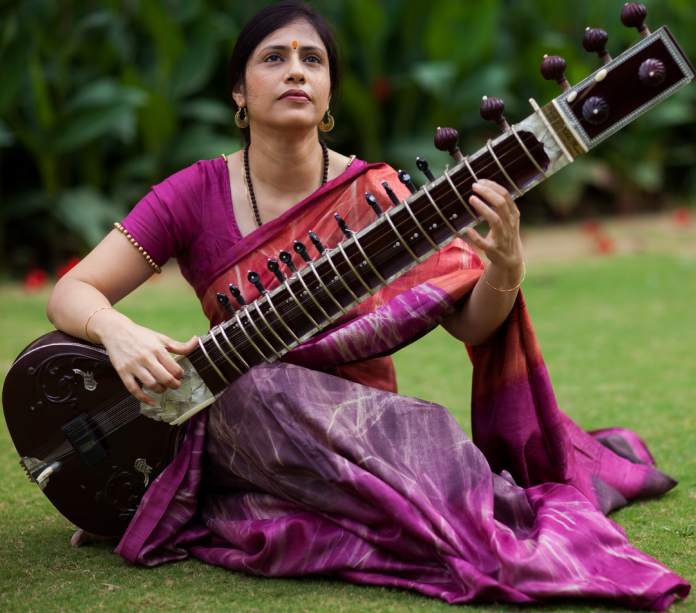 Anupama Bhagwat, sitar musician nonpareil, has carved a niche in Indian Classical Music with a versatile & eclectic style. Acclaimed world-wide with a repertoire of global performances since 1995, her sensitivity and erudition has taken her to the highest echelons of the modern genre.

One of the leading disciples of Pandit Shri Bimalendu Mukherjee, doyen of the Imdadkhani Gharana, Anupama’s style is characterized by scintillating fast taans, mastery of the meditative alaap, and brilliant fluency of melody (raaga-bhava), while remaining true to tradition.

Anupama has been conferred the title Surmani, by Sur Sringar Sansad, Bombay (1995). Early on, she had won First Position in the All India Radio (AIR) Music Competition (1994), as well as a HRD Scholarship from the Government of India (1993-1996).

Anupama obtained her Masters in music from Indira Kala Sangeet Vishwavidyalaya, India; and received grants in ‘00, ‘02, ‘04, and ‘08, from the Ohio Arts Council (USA).

Anupama has also collaborated on World-Music performances such as Lotus Festival, Global Rhythms, Cincinnati Choir etc., in addition to jugalbandis with renowned Indian musicians of other genres. 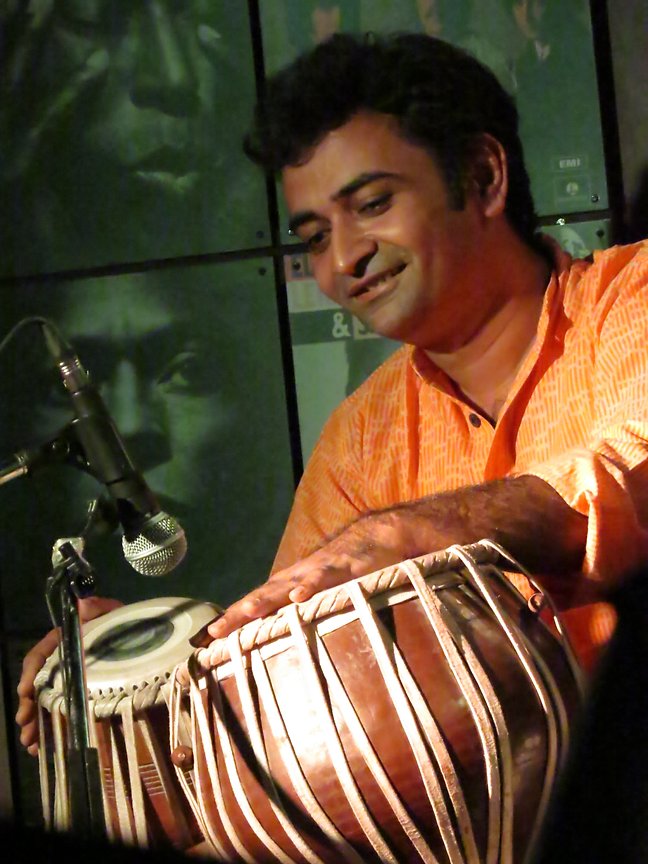 Rahul Pophali is one of the most versatile tabla players in today's younger generation. A dazzling performer and an incessant innovator, Rahul has carved a niche for himself in the world of percussion music.

Rahul’s journey with the tabla started at the age of seven under the tutelage of Pt. Raghunath Agashe. Very soon he grasped the intricacies of the Delhi, Farukhabad and Lucknow gharanas (school of music). He progressed to advanced training in the Punjab gharana style under Pt. Nishikant Barodekar (senior disciple of Ustad Alla Rakha and Ustad Zakir Hussain).

Rahul hit the concert stage at an early age and since then, has accompanied many musicians of various styles. He has toured extensively in several countries in Europe and Asia. Intense desire to explore various possibilities with the tabla, and urge to experiment, led him to perform with several reputed Jazz, Rock, Flamenco, and World Music exponents across the globe.

Passionate about spreading his artform, Rahul has conducted workshops and lec-dem sessions for several institutions and music schools in India and Europe. Over years, he has developed a style of teaching that appeals to students across generations.

Jhankar is a non-profit organization dedicated to the promotion and appreciation of Indian Classical Music – Vocal, Instrumental, Dance & Fine Arts. Our mission is not only to offer music lovers a unique opportunity to enjoy Indian Classical Music, but to foster in the citizens of south-western Ohio (Cincinnati / Dayton area) an understanding and appreciation of music of an ancient culture.